​In a collaborative project between KAUST, Saudi Geological Survey and University of Strasbourg in France, a new campaign GPS geodetic network of about 30 sites has been installed in the Gulf of Aqaba region of Saudi Arabia. The southernmost section of the Dead Sea transform fault, which borders the Arabian plate to the west, is located within the gulf and has produced large earthquakes in the past, including the magnitude 7.2 earthquake in 1995.  This part of Saudi Arabia is therefore the area that has the highest seismic hazard in the country. The network will be used to monitor interseismic deformation of the Saudi coastal area to provide information about how fast stresses are accumulating on the fault within the gulf. The point selection and network installation took place in November 2014 and the first measurements were made in February 2015. 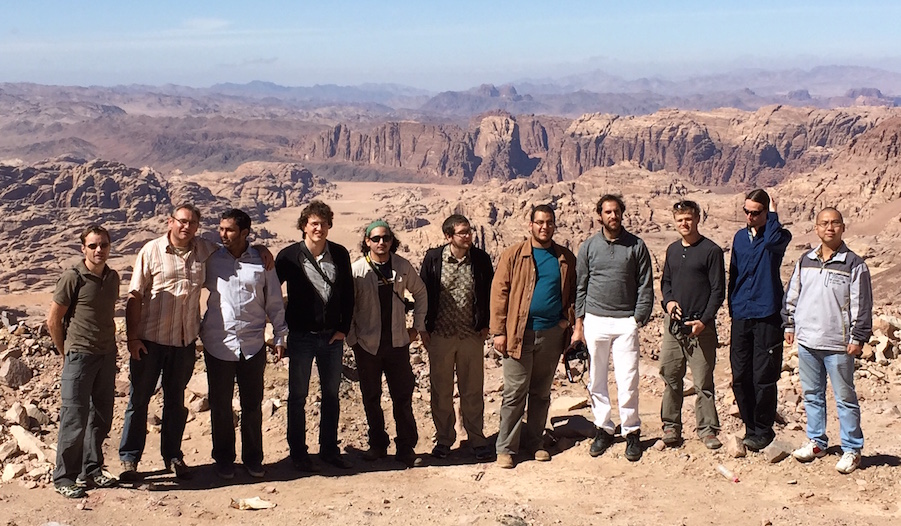 The fieldwork crew in Feb. 2015 along with students of the Seismotectonics course at KAUST