​A paper that is based on Yuan-Kai Liu's MS Thesis research has been published in Earth and Planetary Science Letters (EPSL). The title is "Influence of ring faulting in localizing surface deformation at subsiding calderas". In the study, Kai shows that common deformation patterns seen at subsiding calderas, may have been mis-interpreted in the past because effects of possible caldera ring-fault activity have been neclected. This is demonstrated in the paper with both numerical BEM modeling and sandbox analog experiments. Kai has now moved on from KAUST and started his PhD studies at Caltech. Co-authors on the paper with Kai are Joel Ruch, Hannes Vasyura-Bathke and Sigurjón Jónsson 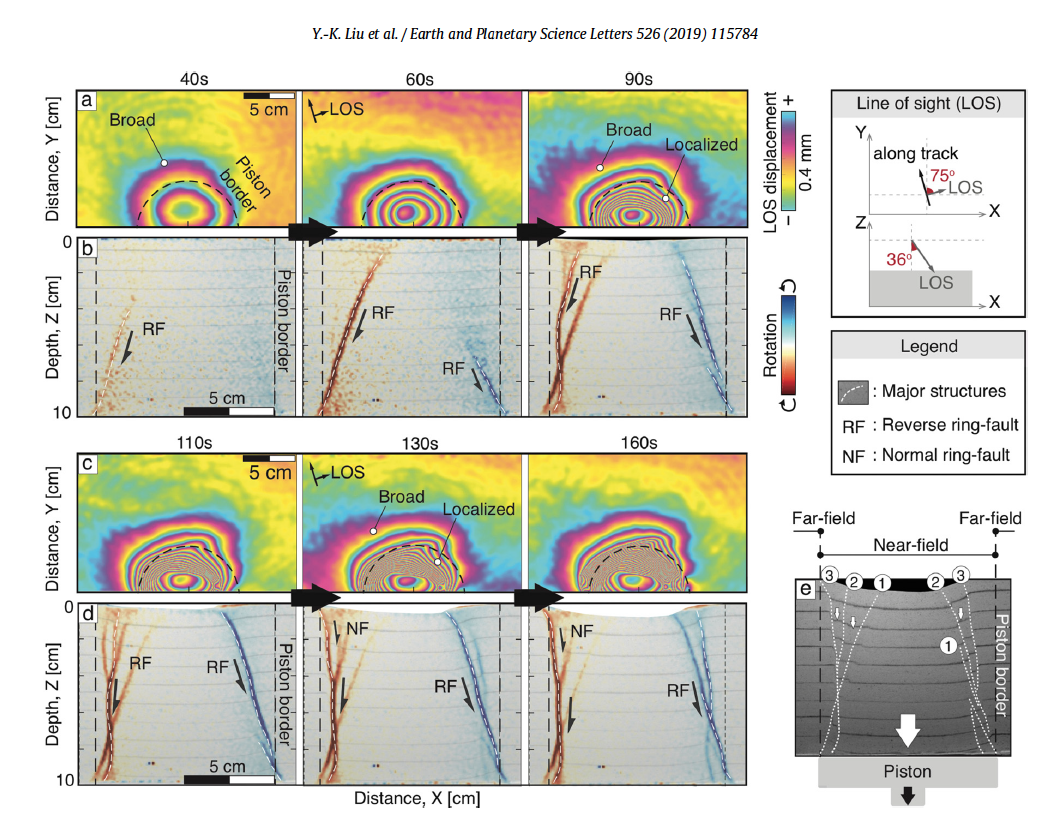