Iceland is located on the Mid-Atlantic ridge and is a natural laboratory for observing many geophysical processes, including large earthquakes and volcanic intrusions.  In north Iceland there is a 100 km offset of the ridge system, called the Tjörnes Fracture Zone, of which the Húsavík Flatey Fault is a major transform fault, producing earthquakes up to magnitude 7.  The last large earthquake on the Húsavík-Flatey fault was in 1872 and the next major event may be due, although the average recurrence interval of large earthquakes on the fault is poorly known. To study how interseismic strain is accumulating near the fault, GPS geodetic observations are carried out on a network of benchmarks or survey points, which are bolts cemented in bedrock.  Every three years the CDI group travels to North Iceland to carry out a full GPS survey of the network and the last survey was during the second half of August.  The 2013 field crew consisted of several KAUST staff and students: Sigurjón Jónsson, Martin Mai, Ulas Avsar, Teng Wang, Wenbin Xu, Rishabh Dutta, Jon Harrington and Ayrat Abdullin, as well as Sabrina Metzger from GFZ Potsdam and Max Mai from Germany.  Below is a link to paper based on the previous GPS surveys up to 2010. 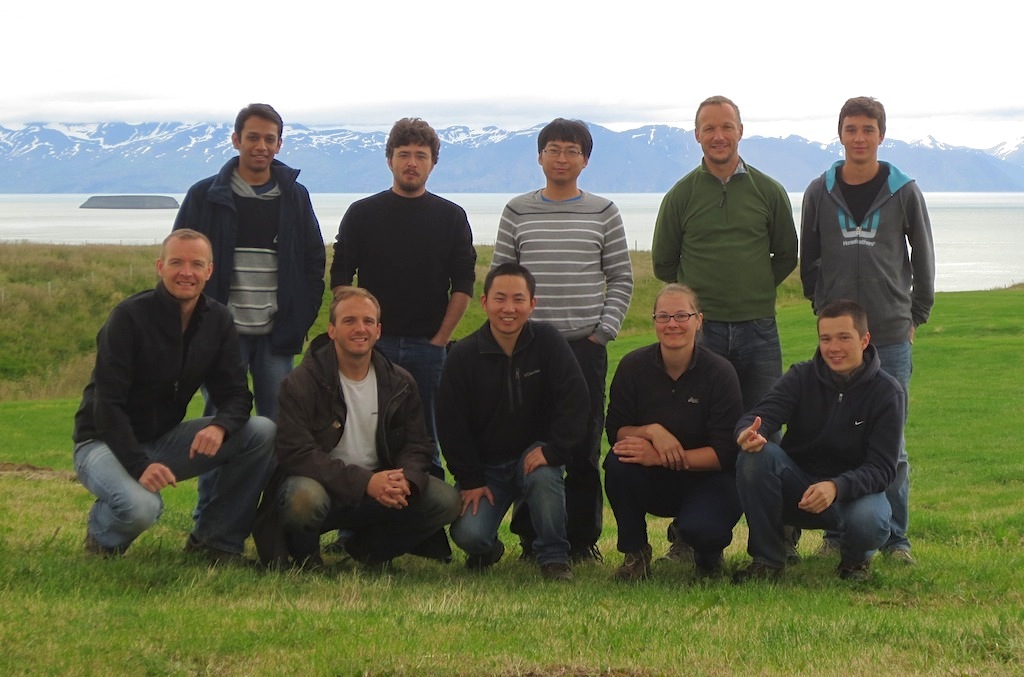