​From 20 May to 7 June, RV Thuwal went to Gulf of Aqaba to collect data as a part of the GAST project "Interdisciplinary earthquake hazard research in Gulf of Aqaba and Strait of Tiran (GAST)". During the cruise, high-resolution multibeam data were collected to map the bathymetry and locate active fault strands in Gulf of Aqaba. The gulf is a plate boundary between the north-moving Arabian plate and Sinai peninsula and is the area where the earthquake hazard is the highest in the kingdom.  In addition, a number of sediment cores were collected during the cruise in search for evidence of major earthquakes in the area.  CDI members Sigurjón Jónsson and Rémi Matrau participated in the cruise, as well as CRG collaborators from IPGP, Yann Klinger and Matthieu Ribot, and from METU, Ulas Avsar. CMOR engineers Brian Hession and Francis Mellors and the excellent crew of RV Thuwal made sure the cruise was a success. 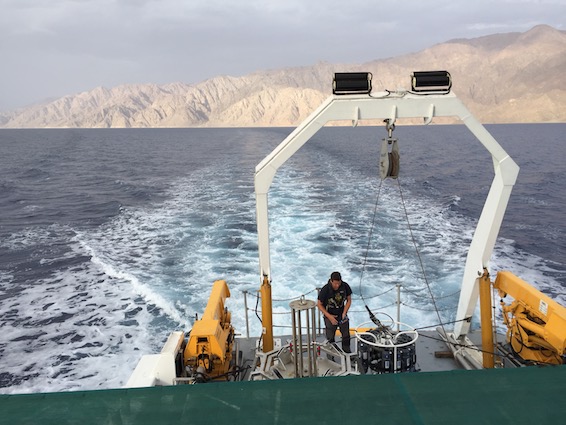